The second part of the 34-84 Micklegate drawing has revealed quite a surprise to me but you will have to read on to find out more! This post continues in sequence from the last one with a striking example of a red brick Georgian townhouse, thought to be designed by the architect John Carr and built between 1753-7, grade one listed. You can discover more of his work on the York Civic Trust website.

The building was once St Margaret’s independent grammar school for girls from 1905 until 1968. There was once a door on the right hand side which was later converted to a window – you can see this more clearly on the photo below.

Spot where there was once a door 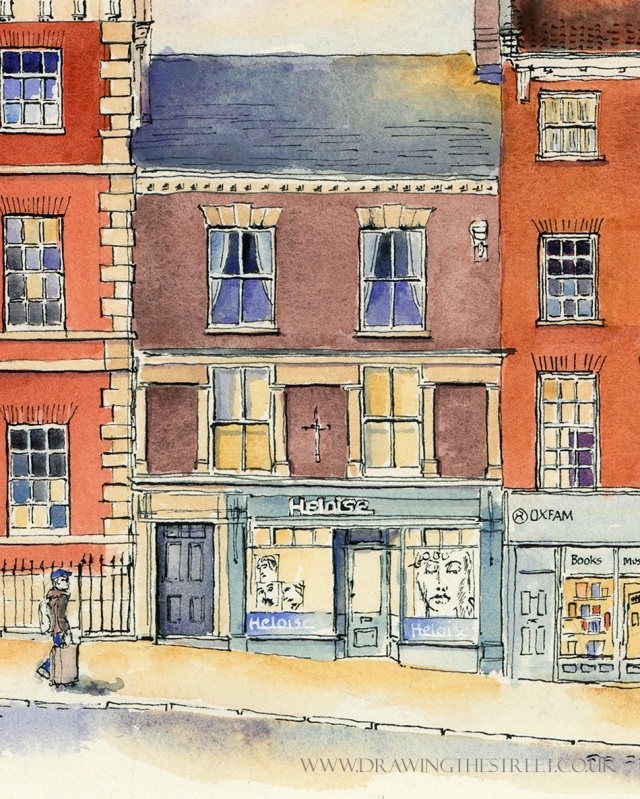 Heloise Hair and Beauty Salon at no 50 Micklegate is early 19th century with late 19th C shopfront and is listed grade 2.  British Listed Buildings describes it as ‘Pink mottled brick in Flemish bond; eaves cornice on paired brackets to double span roof of slate, with brick stack at right end’.

The next building, home to Oxfam books and music is where it gets more interesting…. 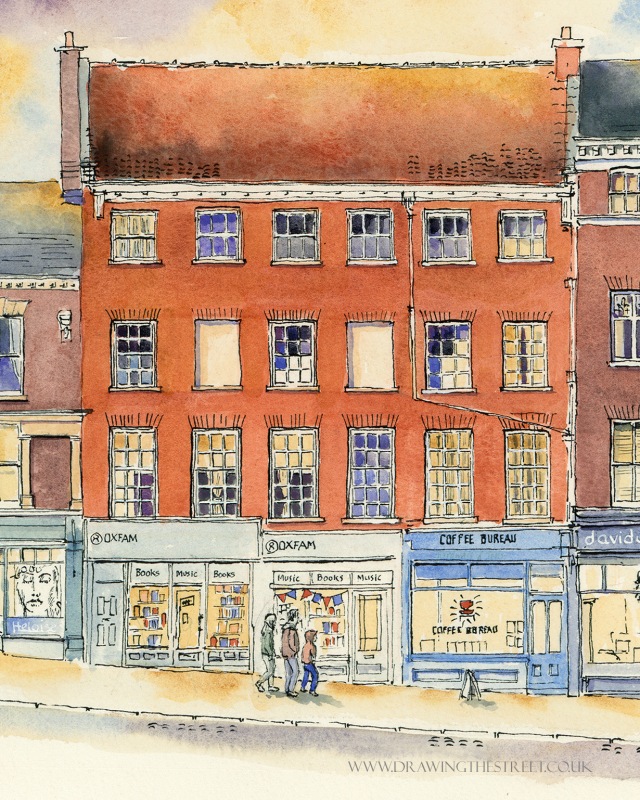 I’ve been reading about the history of the buildings as I go along and have just discovered that there was once a significant archaeological find dug up here. Not in recent years, but back when this grade 2 listed house was being built in 1747, a Mithraic Altar stone was unearthed. I had no idea what that meant and discovered that Mithras and Arimanius were two gods (first worshipped in Persia) who represented opposites – good and evil, creation and destruction, light and dark.  The temple once located here was probably built during the time of the Roman Emperor Septimius Severus, between AD208-11. The gods are intimately associated with each other but York is the only place in Europe where you can see original carvings of both gods together. The altar stone is now in the Yorkshire Museum but you can see a picture of it on the History of York website. 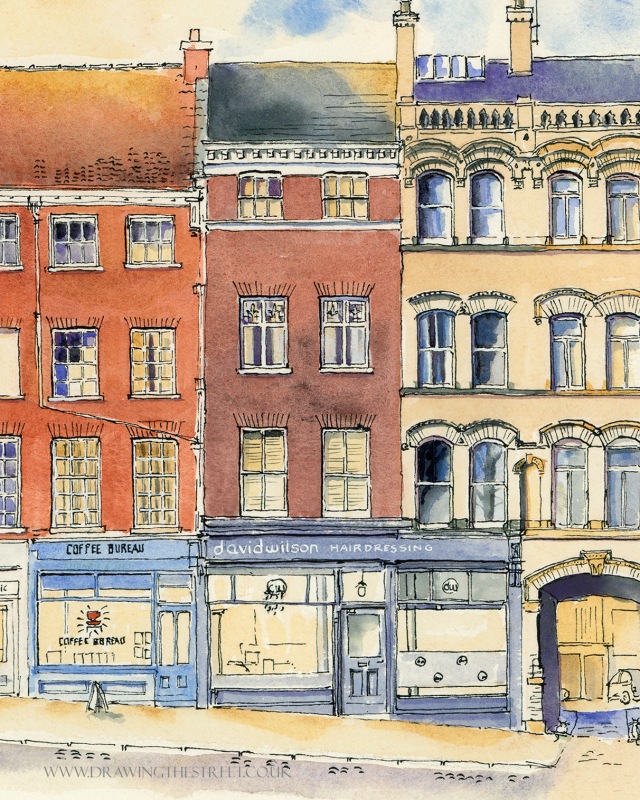 Moving along to no 40, this narrow building was built c1840, in pink mottled brick in Flemish bond at the front, listed grade 2, hopefully still home to David Wilson when the Covid 19 restrictions lift.

No 38 Varvils Court and 36, Micklegate Takeaway

This is one of the more recent buildings on Micklegate – home to Sunshine and the Beauty Within.

The two last buildings on this side of Micklegate were once the Adelphi Hotel, built mid 19th century.  No 28 faces Micklegate, and was once known as ‘The Micklegate’, with its hipped roof abutting the side of the building which mostly fronts George Hudson Street Street. It is was home to Popworld, below when I drew it in 2018.

Popworld, last building on this side of Micklegate

I have a limited edition print of this street in stock in my Etsy shop and I am including it under the #artistsupportpledge set up by Matthew Burrows. Postage is free worldwide until the end of July 2020.

Thanks for reading especially this far!