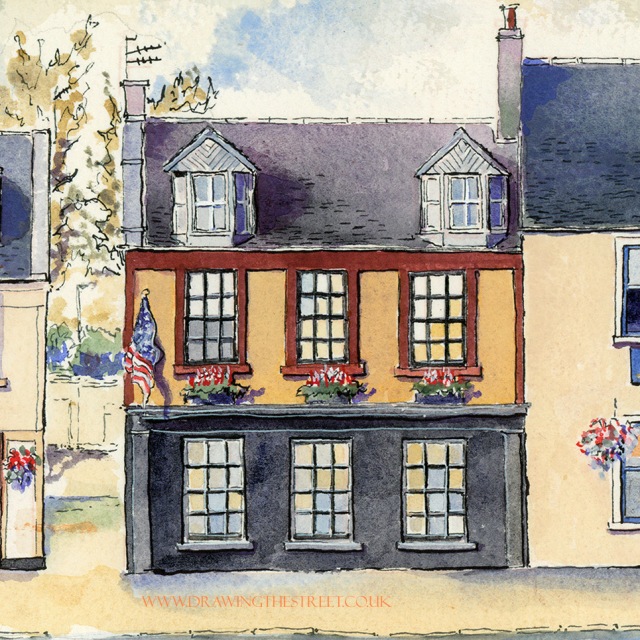 With most of these buildings on Wellgate constructed in the early to mid-19th century, they will have already witnessed the pandemic of 1918 -19, the epidemic which took around 50 million lives worldwide including my Grandfather’s, just a few months before my mother was born 16th March 1919, 101 years ago today. As I write this post, the UK is going into lock-down to try and reduce the escalation of Corvid-19. This post is for my ancestors.

Route 36 opened in June 2015, serving an American menu here on Wellgate, one of the ancient streets into Lanark.

The building is early 19th century and listed category B; British Listed Buildings describes them in more detail here on their  website.

The next building along is home to Jeera, Indian restaurant and takeaway at No 32 Wellgate, Category C listed and early 19th C: 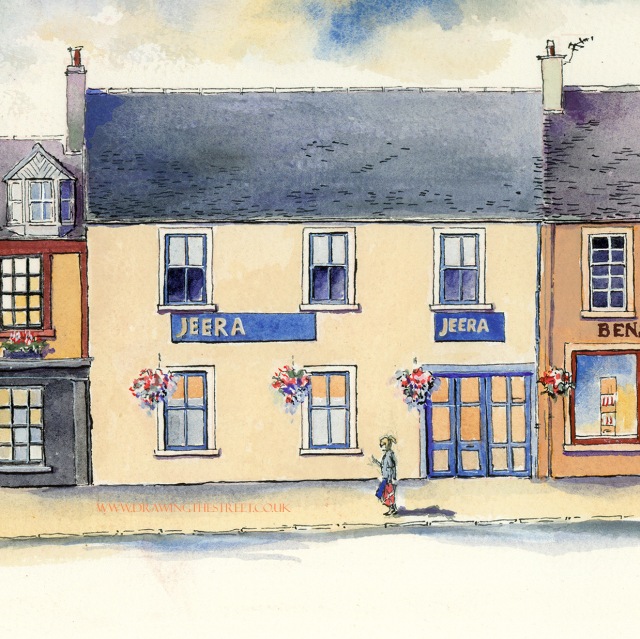 Benson’s Hair and Beauty at No 28 and 30 Wellgate is also Category C listed, early 19th Century.

20-26 Wellgate is also mid-19th century and Cat C listed, home to Images Night Club and Jan Rooney Hair Design.  I have only just realised that I never included the signage for Jan Rooney – my apologies! I don’t know what happened there other than a lapse in attention! I have added a photo of this below for the record. 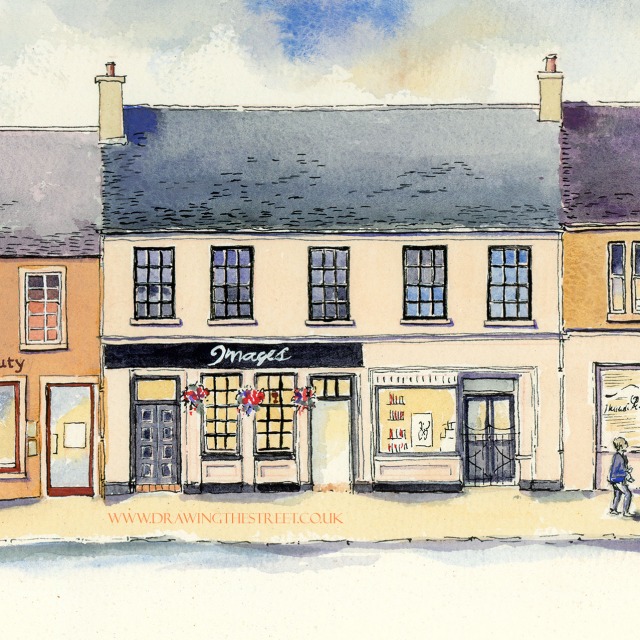 Next along is 18 and 16 Wellgate, another mid-19th century building, home to Michele Fannock and Alan Elliot Butcher. 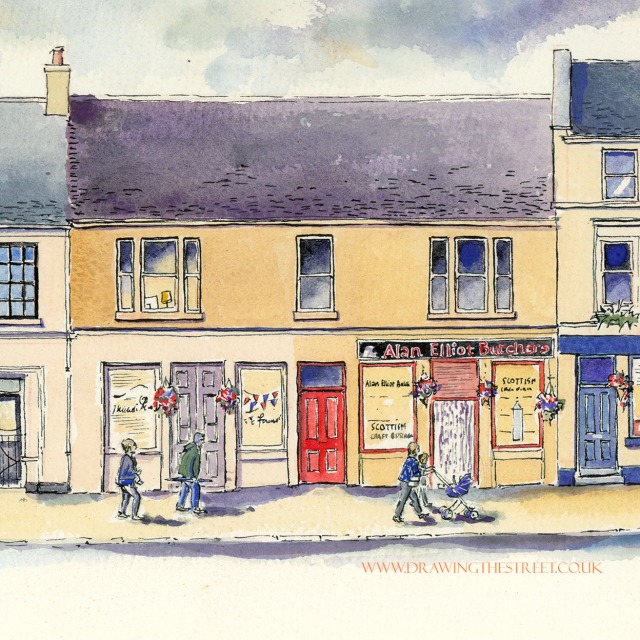 Maisies below stands a story higher than its neighbours.  Again, mid-19th Century and category C listed. 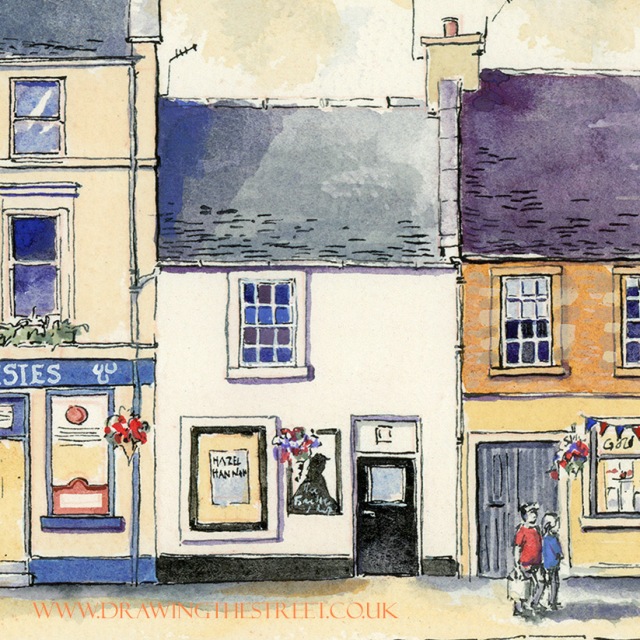 As we approach the High Street end of Wellgate, Petite Boutique abuts the more formal classical fronted building which was once home to the Clydesdale bank.

The bank was built in the early 20th century. 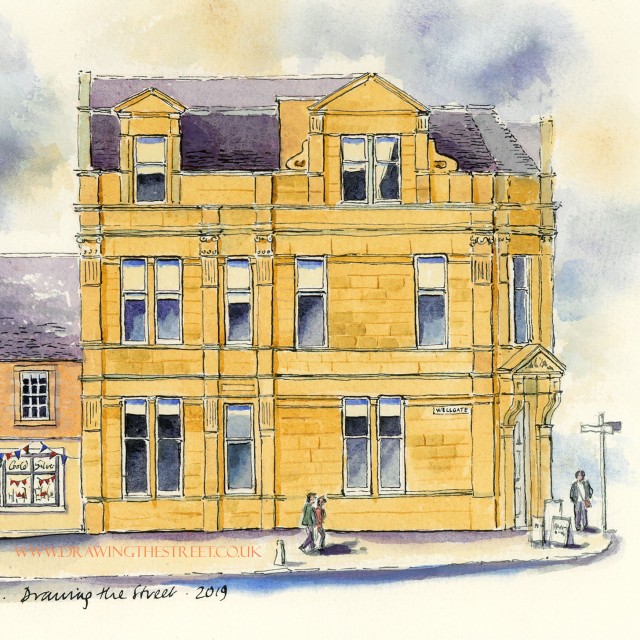 Former Clydesdale Bank on the corner of Wellgate and High Street

That’s all on Wellgate for this drawing. Please visit my website to see the drawing in full or to order one of my limited edition giclee prints. The Tolbooth Lanark also stocks cards and prints.

Thanks for reading and stay well. Ronnie