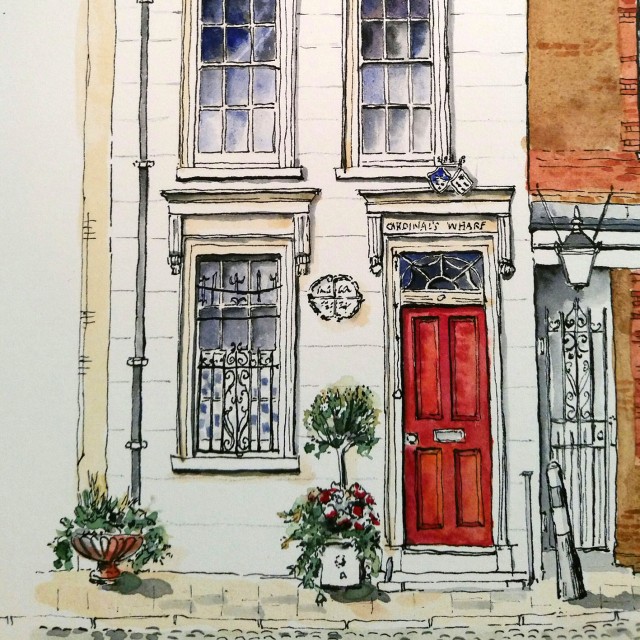 Cardinal Cap Alley and Bankside are tucked between the Globe Theatre and the Tate Modern on London’s South Bank.  I was intrigued to read the plaque on number 49 which looks fairly convincing but it turns out it isn’t exactly true. 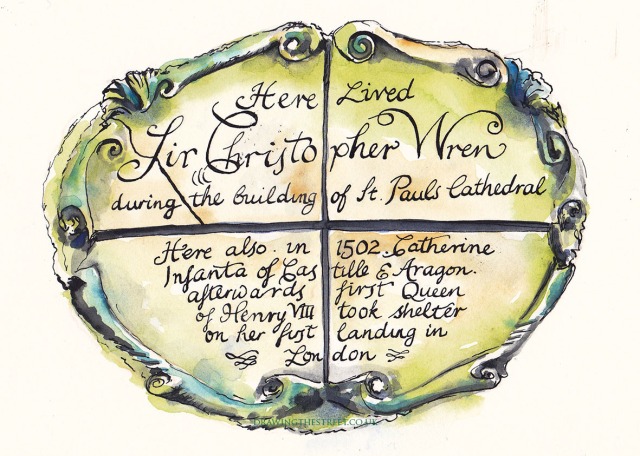 The writer and historian Gillian Tindall delved into the history of this building in her book ‘The House By The Thames: and the people who lived there’. 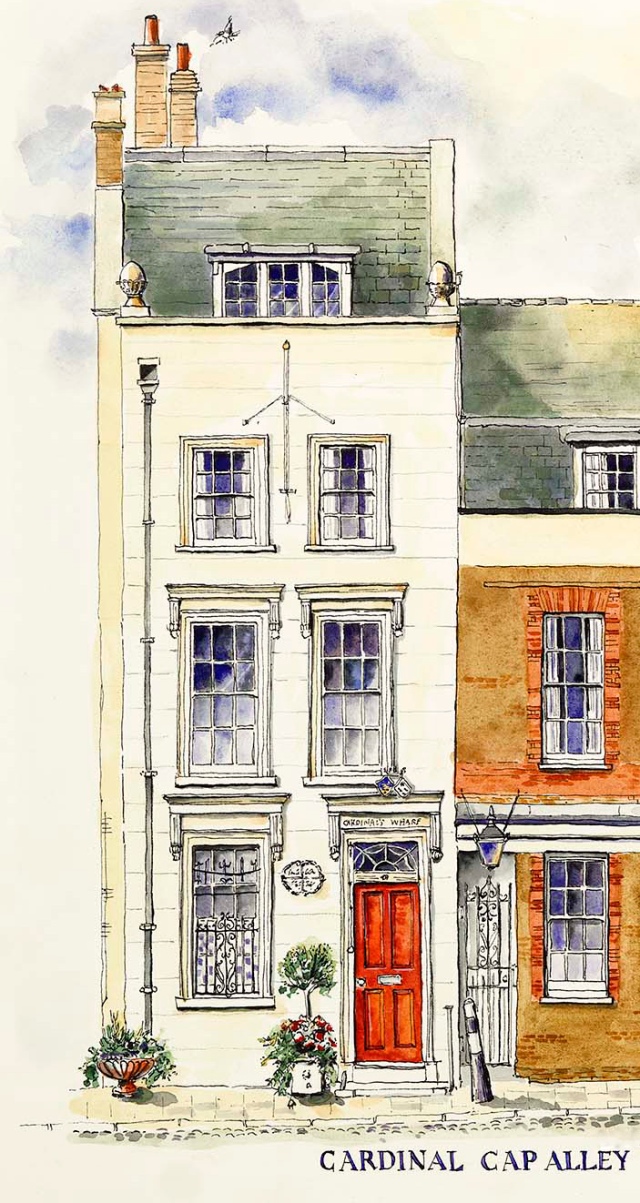 So who really lived here?

From her book, No.49 dates back to 1710 (now the oldest house on Bankside) the same year St Paul’s Cathedral was complete. This makes it highly unlikely that Sir Christopher Wren lived here during the construction period.

That said, Tindall believes the plaque originally could have stood on the actual house that Wren did live in, but a few houses east – situated where a modern block of flats stands today behind the Founders Arms pub. It is also likely that the owner of the property retrieved the plaque in 1945 when the original Wren building was demolished and placed it in turn on No.49. Tindall suggests that this simple act may have been the one thing that saved this building from all the demolition that went on in later years. 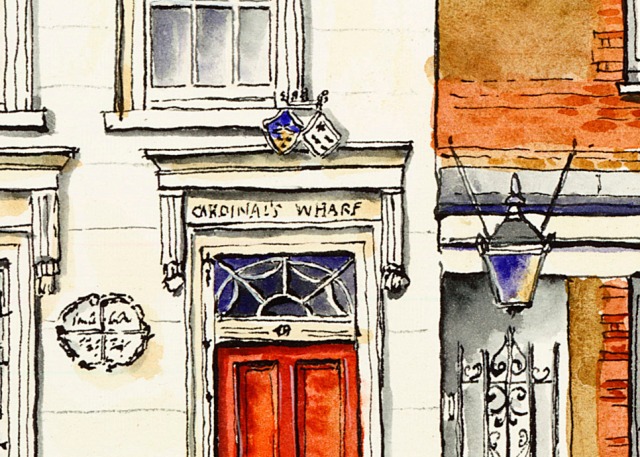 There is a coat of arms above the door to no 49 which depicts what looks like crossed antlers on a blue background above three canon balls on a yellow background on a shield. To the right,  three ravens/crows sit below a five pointed star on a grey background, over a diamond shape. Both shields sit beneath a crown.  Do you know who might be associated with this coat of arms? 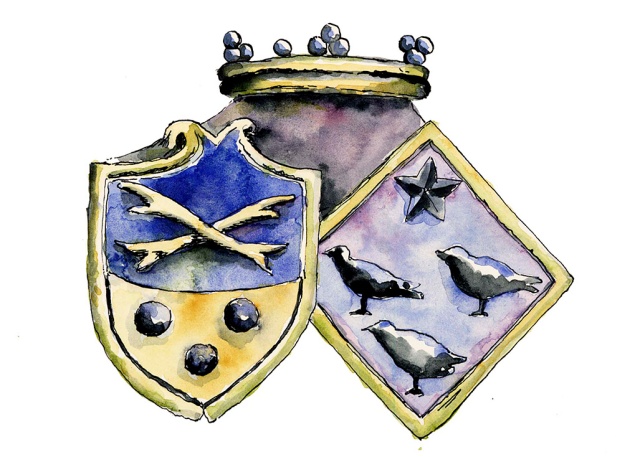 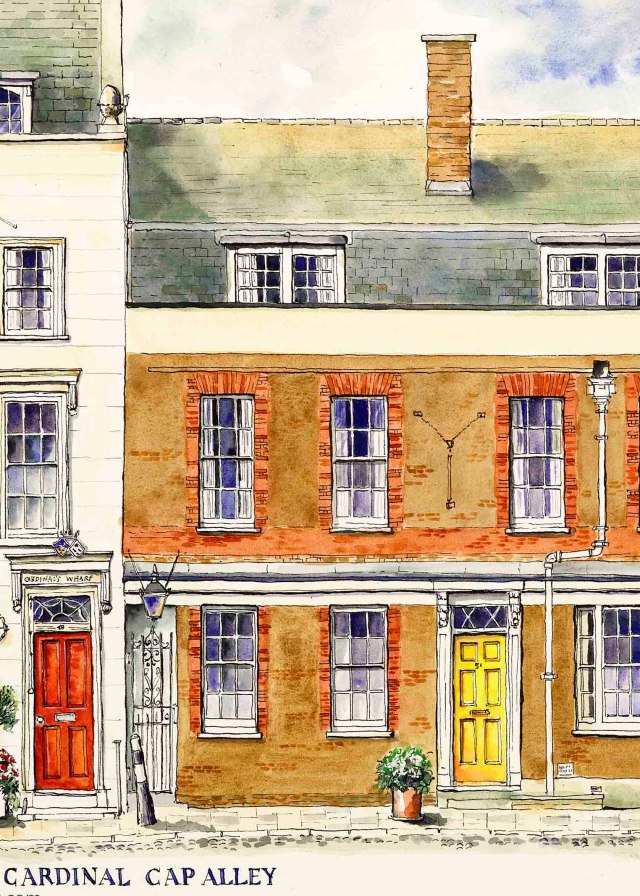 Reading the blog written by Memoirs of a Metro Girl the author notes that this building dates back to 1712 and no 51: ‘was named as Provost’s Lodging in the 20th century, with the future Bishop of Salisbury, George Reindorp living there after the war-damaged No.50 and No.51 were purchased from Bankside power station in 1957 (who had owned them for 20 years) and knocked together. Due to its location, Bankside was not an appealing place to live in the 1960s and 1970s due to the constant humming noise from the power station.’ 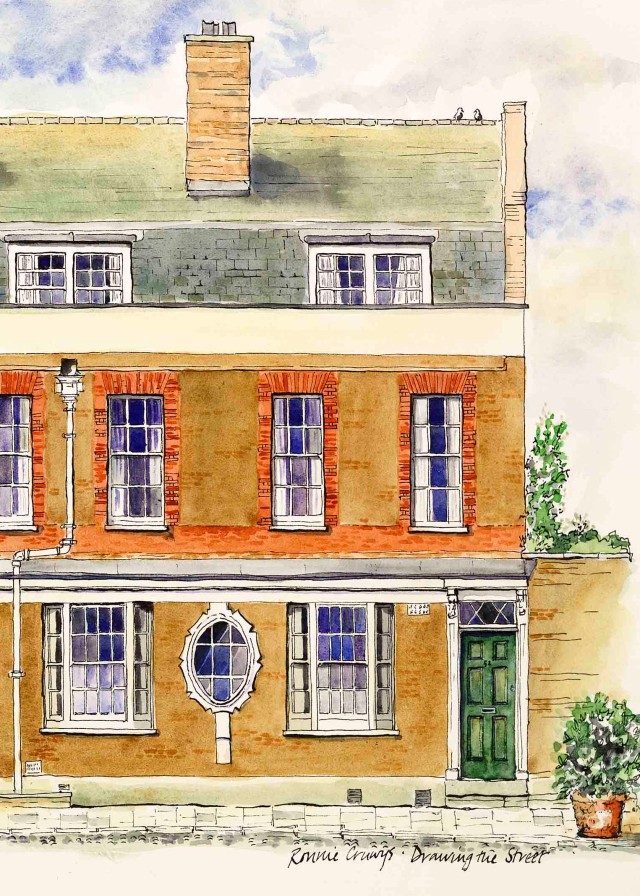 Do you have any insights into the lives of any of these three buildings? I would love to hear from you.

Signed limited edition (set of 50) mounted prints are now available to order, presented in ivory white double mounts 16″ x 12″ for £70 each.  If you would like to see the drawing in full please visit www.drawingthestreet.co.uk